Albert Einstein famously said, “the hardest thing in the world to understand is the income tax.” After batting the tax bill back and forth like it was a tennis game, the politicians finally said ‘love” and all agreed on changes to the tax code. It will shake out in time, as it is over 700 pages long, but for now I thought we could look at a few of the highlights I feel you may be interested in. This new bill does overhaul the tax system. Despite being somewhat complex, (after all, what else have we come to expect from Washington?) it does seem to be well intentioned.

This is one already making the news. Already New York has filed a law suit against this provision. Previously all state and local taxes were deductible against your federal tax bill. Now there is an itemized deduction cap of $10,000 that applies to the combined amount of both state and local income taxes, inclusive of property taxes paid in a year. There are exceptions for property or sales taxes paid in connection with a business, such as rental property, a farm, or a sole proprietorship as these expenses would remain fully deductible. In lower state income tax states, such as Arizona, this is not expected to an issue for most people.

This provision may not be of interest to the many of you who are mortgage free. For those of you with a mortgage, you are still able to deduct interest on mortgage debt for two personal homes, as long as the combined mortgage debt doesn’t exceed the cap of $750,000 of such debt. All existing loans are grandfathered in. HELOCS took a hit however. Interest on these home equity lines of credit are no longer deductible, but are now treated like interest debt on a credit card.

Many of you help children or grandchildren with their education expenses. First let’s look at improvements to 529 Plans. Now a Section 529 Plan is able to distribute up to $10,000 per year to cover the cost of K-12 expense whether enrolled in a public, private or religious school. This used to be limited to Coverdell’s only. (There were no changes made to Coverdell’s.) Qualified education expenses were also expanded to include certain home schooling expenses.

The beleaguered estate tax provision was changed again, this time the exemption double from $5.6 million per person to $11.2 million per person. Doubled, this exempts an estate for a married couple from those taxes up to $22.4 million. This will expire after 2025 and revert back to 2017 level with an inflation adjustment.

For years you have been able to deduct donations to charities in amounts up to 50% of your adjusted gross income. The new tax law raises this amount for cash donations. Now you may deduct your cash donations to public charities, up to 60% of your Adjusted Gross Income. This is a nice large increase and will benefit all parties concerned. There is one take away. Would you believe you used to be able to deduct as a charitable donation the purchase of athletic tickets to college games? I have to admit, I didn’t know this. That deduction has been eliminated.

For any divorces occurring or being modified in 2018 forward, alimony paid to an ex-spouse is no longer deductible, and the income paid is no longer taxable to the recipient. All existing agreements are grandfathered in so no changes to those, only if something is modified going forward. I expect this may be a bit of a sore spot for the payor, and as with many provisions, I have no explanation for the change.

The first part is the reduction in the corporate tax rate from 35% down to 21%. This gets complicated, due to other provisions, but from what I can see it is a smaller actual effective rate reduction. Nonetheless, any tax relief bodes well for companies just as much as for individuals. For companies it means perhaps a 3-5% boost in their 2018 earnings growth. Then there is repatriation. This refers to companies currently holding monies outside the United States who are bringing said monies back into the country. Published articles seem to agree that this amount is estimated to be $2.6 Trillion. There is also speculation on what the companies will do with the money when it is brought back, so that remains to be seen. With the tax bill motivating many companies to give their employees bonuses, we can only hope that other positive moves will come from this new reduction. The previous issue was that corporations had to pay the 35% tax on any monies brought back into the country. Would you do that when you could keep all of it someplace else? In fact, we had one of the highest corporate taxes in the world, so companies found it cheaper to keep their money abroad. Now there is a one-time tax of 8% on illiquid assets and 15.5% on cash. Market watchdogs speculate on how this money will be used here at home. The ideas range from paying dividends to mergers and acquisitions to stock buy backs, or simply expanding here or doing more research and development, to name a few. I expect we will hear about some of this as it develops.

For anyone who has a 401k loan at the time you stop employment, you now have a longer time before the loan is treated as a taxable distribution. You are now allowed to roll over the loan balance to an IRA/plan by the time your file your tax return, including extensions.

We often use ROTH rollouts in our retirement planning strategies. The law had been set up that if you did a rollout in one year, and then when you filed your taxes wanted to undo the rollout, (usually because you found you were going to pay more in taxes than you felt comfortable with) you had until Oct 15th of the following year to put all or part of the rolled money back. This option is removed. Once you do a ROTH ROLLOUT, you only have until the end of the same year to change your mind and put it back. While I am not happy about this, I saw it coming. I have noticed for my entire career that whenever self-proclaimed financial gurus decide to use a law for the manner in which it was not intended, or give greedy advice, that provision is changed. This is especially true if it is flaunted. Well, this safety valve on ROTH rollouts was being flaunted as a way, if improperly used, you could possibly benefit by market movement using multiple ROTHS. We didn’t do that in our planning, so you wouldn’t have heard about this from us. I have read about it many times, but knew that was not the intent of the law, so never promoted any other uses than what lawmakers intended. Many really good provisions have been legislated out over the years due to this practice, so we avoid it, rather than lose the provision. It is one of the reasons social security strategies were legislated out in such a rapid manner, as a more recent example we can all remember.

HOW WILL IT WORK

From what I can glean from reading, there is agreement that the tax bill will bump up GDP for 2018. But, there is a wide range of opinions on how much, however, a bump up is in the right direction. For example, The Tax Foundation estimates a boost in GDP by as much as 3.7%, increase wages by 2.9% and create an additional 925,000 full time jobs.

What is interesting here is that the government is trying to spur the economy at the same time we anticipate the Feds raising rates more than once over this next year. Congress is open to growth while the Federal Reserve plans to raise rates, which has had the effect of slowing growth. It appears that they are working at cross purposes with each other rather than in tandem. For the many people who have been waiting years for interest rates to help their savings accounts, the Feds expected moves this year are expected to help both savings accounts and annuities.

Hopefully you can see that the Tax Cuts and Jobs Act will provide a significant tax reduction for most middle class Americans. One thing to keep in mind it that it does not give a pass to still take income or make withdrawals from any account, any time, and without an income plan in place. The law did not address how different streams of income coming from different types of accounts inter-act with each other. You can still trip yourself up in taxes if you aren’t aware. For people who have multiple accounts and will have multiple income streams, understanding where income is taken, and when, and from which account is still vital. You will still need an income plan.

For retirement planning purposes, we have some opportunity under this tax bill. Most of you will pay less in taxes now and that is helpful when re-positioning assets for the purpose of improving your position in retirement. 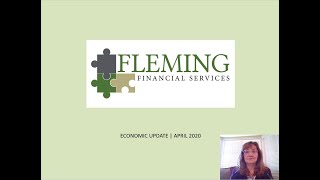